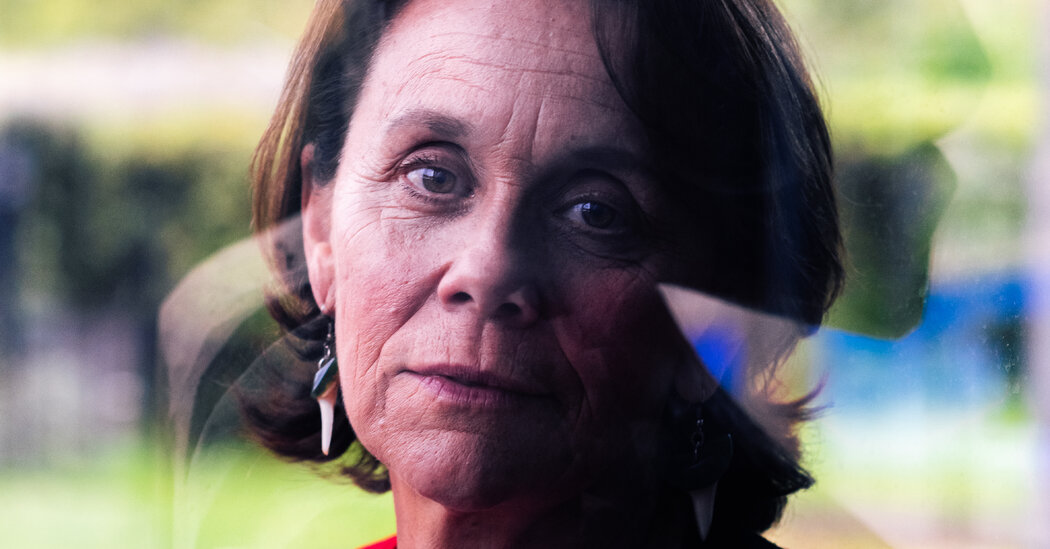 Bringing attention to the Maori language, one song at a time

In August, Lorde released her third album, “Solar Power”. Three weeks later, she released an EP titled “Te Ao Marama”, with five songs from the disc translated into Maori, New Zealand’s indigenous language. The second version wasn’t just an afterthought – it was part of long-standing conversations in her homeland about strengthening a language that not so long ago experts feared it might goes out.

“The Pakeha artists have been supporting the language revitalization movement for years, and as a globally recognized person, I knew that at one point I would do the same,” Lorde wrote in an email, referring to non-Maori New Zealanders. “But ‘Te Ao Marama’ does not come from a place of service. I’m richer for singing in te reo ”- which means“ the language ”in Maori -“ and also for making the connections that made this possible ”.

When musician and producer Dame Hnewehi Mohi, one of the main drivers of Maori musical revival, performed the New Zealand national anthem at the 1999 Rugby World Cup in Maori rather than English, she had “ such a negative reaction from a minority of people. , she recalled in a recent interview. Twenty years later, she assembled “Waiata / Anthems” (waiata means “song”), an album of English songs performed in Maori which includes a translation of “Soaked” by Benee and “Don’t Worry ‘Bout It” from Kings.

“Before that,” Mohi said, “there were only a handful of artists recording in Maori te reo.”

The audience’s response to the album stunned her: “Waiata / Anthems” debuted at No.1 on the New Zealand charts in 2019. Work and interest in Maori music has not abated. This year, public broadcaster TVNZ released a documentary series that followed different artists translating and recording their songs into Maori for a second installment of the project. Over 30 Maori songs have been released as a playlist, eight of which have been ranked in the local Top 40 and two in the Top 10.

The awareness and celebration of Maori music reflects a change in attitude towards the language across New Zealand. The country’s European settler government suppressed Maori from the mid-1850s, punishing children who spoke their language in school and deliberately dispersing Maori families to white neighborhoods to assimilate them, thus creating a whakama or a far-reaching shame. In 1987, when Maori was finally declared an official language, the vast majority of its remaining speakers were older.

In recent years, there has been a resurgence of supporters, including Prime Minister Jacinda Ardern, who said in 2018 that her newborn daughter would learn both Maori and English. Presenters now greet in Maori; weather reporters call places by their original Maori names; Supermarket signs tell you where the “chicken / heihei” is. Kotahi Rau Pukapuka, a company that aims to publish 100 books in Maori over the next 25 years, is already well ahead of schedule. Mohi’s idea of ​​drawing attention to the language through contemporary music was pragmatic: more than half of the Maori population, which represents almost 17% of the total population, is under 30 years old.

But who sings in Maori, and how, has also become a flashpoint. Lorde has been criticized following the release of her EP by those who have argued that white speakers have the privilege of doing so without having to deal with the trauma of the Maori people; or says the PE is a painful reminder of how many Maori have not had access to their own language. Other observers have called his project a “pop culture landmark we should salute” and “a very powerful international statement on the language’s motto.” Mohi had approached Lorde to work on the original “Waiata / Anthems” because “you want the general public” to be exposed to Maori, she said.

Singing has always been an integral part of Maori culture: in formal meetings it is obligatory to sing after your speech (these “songs” are more like songs). The songs are used to convey information, including “telling the grandchild which deaths to avenge, what to remember, important features of the history of the tribe,” said Sir Timoti Karetu, an expert. of Maori language and culture.

Maori sing other songs – love songs, naughty songs, insulting songs – in everyday life too. “We sing wherever we are,” Karetu said. Music helped keep the language alive even when government restrictions were in place. The Maori have adapted over time, writing new tunes heavily influenced by Pakeha melodies. “We borrowed the melody and did our own thing,” Karetu said.

Bic Runga, a Maori singer involved in the two releases of “Waiata / Anthems”, said, “There is a very big shift in consciousness here.” She was reconnecting with her roots when Mohi approached her for the debut album, which featured her song “Sway”, made famous by the movie “American Pie”. Although Runga only absorbed small chunks of Maori in elementary school, as a result of “Waiata / Anthems” she has been hooked up to more fluent speakers and is trying to incorporate Maori into her emails. , like opening with “tena koe” instead of “hi.”

Runga tried to write a song in Maori, although it was not as easy as translating the text directly. “It was a little scary – it was about talking to death,” she said. When the lyrics were checked, she found she was using the literal translation of death instead of the word personified – Maori is a very metaphorical language associated with a worldview more tied to nature and does not necessarily follow l ‘West. hypotheses.

“It’s very easy to do a literal translation, but it doesn’t make sense for both cultures – it’s just words,” Karetu said.

An example of its nuance can be found in Lorde’s “Hine-i-te-Awatea” or “Oceanic Feeling”. Hana Mereraiha, who translated it, said she obtained a creative license for the three songs she worked on; the album “Solar Power”, with its dedication to the sun and all that lives in it, was already quite Maori in the mind.

“There is a very beautiful concept in te ao maori, that of kaitiakitanga,” Lorde wrote. “It refers to the understanding that people and the environment are interconnected and depend on each other to thrive. “

The last line of the third verse of “Hine-i-te-Awatea” refers to the Maori idioms “paki o Hewa” and “paki o Ruhi”, which both mean good weather, referring to the deities Hewa and Ruhi – ” paki o Ruhi ”is specifically associated with summer. Its last part, “te ao marama”, is a translation of the equivalent line in the English version, “I can do anything real”, as it refers to the time when the god Tane separated his father (Rangi -nui, the sky) of his mother (Papatuanuku, the earth), and brought light to the world.

Mereraiha “widened the universe of song so that all the spiritual presences that I could still feel but could never articulate were there,” Lorde wrote. “The Maori version seems to me to be the original now.”

Since Mereraiha started translating, she has worked with a dozen artists, and also writes and sings. “Dame Hinewehi has opened up many avenues in the music industry,” she said.

Maori singer Marlon Williams, who made a cameo appearance on “A Star is Born” in 2018, has decided to write his next album entirely in Maori. Like Runga, Williams didn’t really speak Maori until a few years ago – he attended a kohanga reo, a full immersion preschool, and took Maori in high school, but none of that stuck.

For Williams, learning the fresh language helped her songwriting. “I’m not aware of the mistakes I make,” he said, so he’s “not weighed down by them”. He relies on a collaborator, Kommi Tamati-Elliffe, hip-hop artist and Maori lecturer at the University of Canterbury, to check his work and find solutions when sentences don’t work.

“We are on another delicate stage on the globalization ladder where everything is mixed and confused,” said Williams. But he thinks listeners don’t need to understand the lyrics for the songs to become big hits. “I don’t know Spanish anymore after listening to ‘Despacito’,” said Williams. “Sometimes the things that exist in pop music are their own thing. “

Language revitalization is “a never-ending battle,” Karetu said. “All of us who have been colonized by someone else are fighting for the survival of our languages. But, when it comes to songs, he’s more positive. “Waiata will never die. I think waiata will last forever and ever.